In January 2010, the District of Highlands council passed a motion establishing a Heritage Task Force to develop a heritage vision and heritage values for the Highlands. The terms of reference also included the development of eligibility criteria for community heritage register items, and the creation of a preliminary list of items to be placed on a community heritage register. The Task Force members
were appointed April 6, and they first met as a committee July 8.  The consultation process was a significant task and took longer than expected to complete.

The second phase of work was to produce a report that made recommendations to Council for property, buildings or other areas of the municipality to be included on a Community Heritage Register. The Task Force developed an inventory of heritage sites for consideration by reviewing the list of heritage resources generated by the community consultation . Each site was examined in relation to the community heritage values, and a list of places was developed for further research and potential site visits. The Task Force identified twenty sites to be considered for the Community Heritage Register, and
nineteen are being recommended to Council for registration. This report provides specific recommendations regarding the heritage sites being put forward for the register, as well as a number of general recommendations for the ongoing recognition, conservation and celebration of the District’s heritage resources.

The Highlands community’s vision of heritage is rooted in people’s shared
experience of a sense of place. It is dynamic, representing the living and changing
nature of heritage. It includes the tangible and intangible1
elements of both the
past and the present. It contains ideas and memories. It is who we are and how
we identify ourselves. It is our community’s inheritance. The heritage vision
recognizes examples of community history and the desire of residents to feel
connected to nature, by supporting the idea of conservation. It celebrates the
aesthetic and innovative; and honours the uniqueness of the Highlands
community’s social fabric. 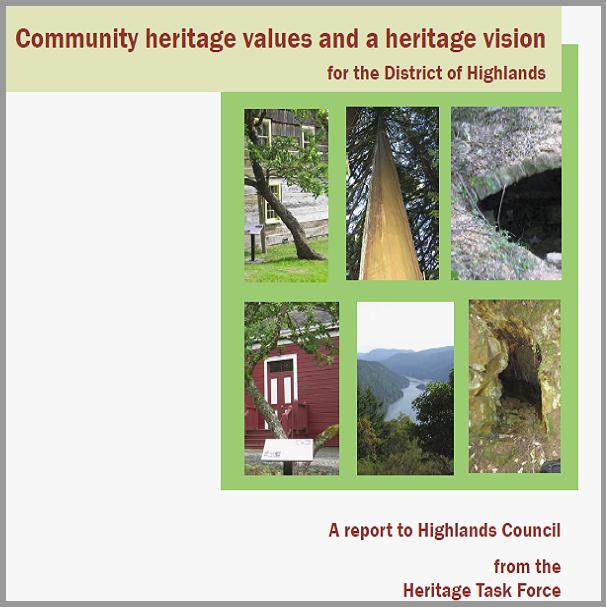 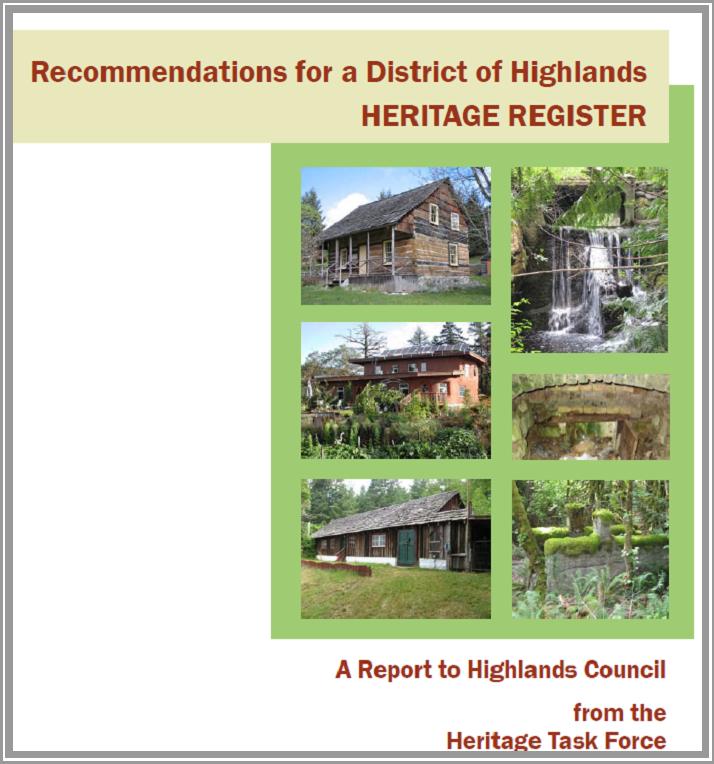